Celebrating women taking an active role in their health 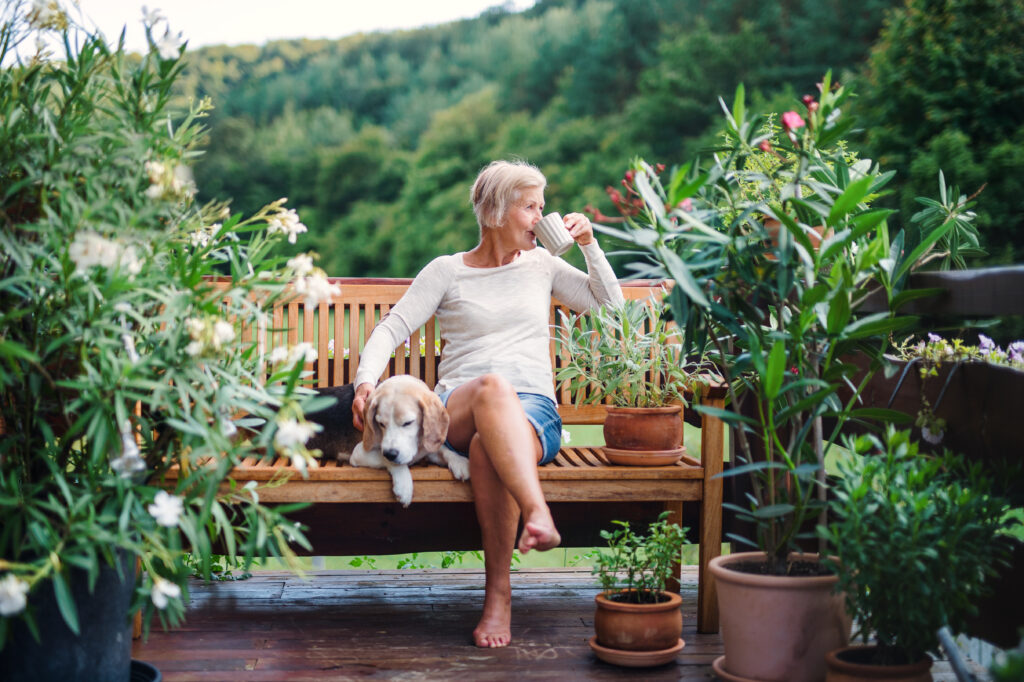 “I was able to get off all my medication, have all my levels back to normal within a year and a half and have stayed in remission since then.”

Kelli is a wife, mother, and former educator who now works in the creative industry. She enjoys reveling in the beauty of life: art; nature; painting and photography, to name a few. But Kelli’s story started out much different — unfortunately in a place many have found themselves: overworked and under-cared for.

A rising all-star in the workplace, no one would’ve expected that this top performer strutting into work with a smile on her face masked depression, placated with a reach for the bottle among other addictions and codependency.

“I looked really good on the outside.  My boss said I was an all-star; I was an overachiever, but I was totally running beyond empty in all aspects of my life.”

Kelli enrolled in therapy, where she learned the need to care for herself before caring for others to an unhealthy degree. But it wasn’t until she reached sobriety through a 12-step recovery program that her life started to open up.

“I really learned next-level self care: prioritizing myself so I could show up for other people. I learned more about my hopes, my dreams, my vision for my own life. That was a huge shift.”

After being sober for two years and taking the steps to prioritize herself, Kelli relocated cities for work. Despite how dedicated she was to caring for herself and setting boundaries at work Kelli became ill with back-to-back bronchitis, chest pain, and breathing pain.

For the next two years, Kelli bounced from specialist to specialist, discovering several issues with her body and health. Bloodwork with an internist revealed high thyroid activity. This led to six months of testing until ultimately reaching the diagnosis of Grave’s disease. During that time she visited numerous specialists assessing complications and ruling out other disorders. First, The internist treated her bronchitis then ordered more investigative bloodwork.

In the process of seeking treatment, Kelli stayed teaching full time but was forced to slow down at work while building up her healthcare team: an endocrinologist for her thyroid; ear/nose/throat doctor for breathing problems; a rheumatoid specialist, an eye doctor, and countless more.

“I went to nearly 10 specialists in the process of getting diagnosed. My endocrinologist offered three options and I chose the least invasive approach first, a medication treatment.”

“And I really wanted to take care of myself and treat the root issue.”

GETTING TO THE ROOT

After doing her own research and talking with friends, Kelli discovered the functional medicine approach — and Lauren Colletti, FNP.

“It wasn’t until Lauren that I felt, ‘This person gets it 100%. She’s on my team, she’s asking questions; she’s trying to figure out what’s going on.’”

Kelli’s goal was to eliminate treatment and stay in remission — or at least, improve her health as much as possible without having to partake in invasive techniques. Through deep listening and testing, Lauren was able to recommend a plan of action that took into account Kelli’s lifestyle and comfort level.

Testing with Lauren uncovered a deficiency in Vitamin D and iron. In addition, Lauren suggested a deep analysis of Kelli’s gut health and food sensitivities to reveal imbalances before applying a program of action custom to her lifestyle and level of comfort.

“Lauren suggested pretty simple programs of action. She was always really gentle, but focused with her directives. She always wants to do something that will work with my lifestyle; there are a lot of suggestions [otherwise], like the autoimmune protocol diet, that are pretty intense.”

“And it worked; I was able to get off all my medication, get all my levels back to normal within a year and a half and I have stayed in remission since then.”

After getting the Graves Disease to a managed state, Kelli worked with Lauren to tackle her next big milestone: getting pregnant. “I wanted to be in remission for a year before having kids, and I was able to do that.”

“My pregnancy was very healthy. I had a really great birth experience and a really solid postpartum experience because I had Lauren,

along with my OB, endocrinologist, and doula. Lauren is an integral member of my team that I credit with getting to the place I am today with my health.”

While Kelli first engaged in regular appointments to treat Graves, she now checks in with Lauren twice a year in a 360-degree approach to both her physical and mental health. Along with her self-care regimen and treatments, Kelli took the extra step to reduce the stressors in her life: from transitioning to a less stressful job, to prioritizing her sleep.

Kelli, we are so proud of the steps you took for yourself and your health — decisions felt in a ripple effect through life; your family’s; your friends, and those around you. Thank you for exemplifying what it means to care for yourself so you can care for others even better.